Installation of my LED rear light 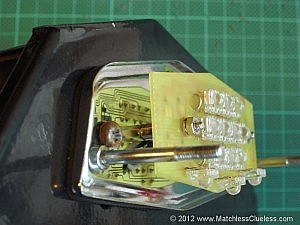 I eventually got around to fitting my prototype LED rear light board for Lucas 564 rear lights to my Matchless over the weekend. It has sat on the side for the last few weeks after testing, so I thought it was about time I got it fitted within the Lucas lamp unit to see how it would fit and look in practice.

Installation requires the drilling of two small holes in the rear reflector of the lamp for the mounting of the printed circuit board, so it was easiest to remove the lamp and number plate off the bike first. The LED light array is mounted on two metal circuit board stand-off posts which are about 1/2″ long; this puts the LEDs at about the same position that the bulb filaments would have been.

The electrical connections are made by three wires which go into a dummy bulb base; basically the metal bottom half of a normal bulb, but without the glass lamp bit fitted. This allows the LED unit to be just plugged in to the existing wiring without any modification, although of course it could also be wired in directly in the existing wiring is a bit dodgy. In my case however the wiring to the Lucas 564 unit was new and the earth was good, so I chose to stick with the existing connections in case I ever wanted to plug a normal bulb back in instead for some reason.

The installation went well and the LED circuit board fitted nicely within the Lucas red lens, which is a relief! I wasn’t sure how the metal post mounting method would work in practice, but actually it is better than I thought. It gives the right positioning of the LEDs about halfway between the lens and reflector and seems nice and secure. There’s also plenty of room for the wiring to be tucked behind out of the way, and room for air to circulate within the lamp to keep the LEDs cool.

I’m really pleased with how it has turned out! 🙂

So here is a gallery of some of the photo’s I took during the installation process. You can click on any of the pictures to open them up full-size for a closer look. 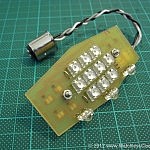 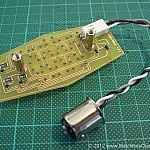 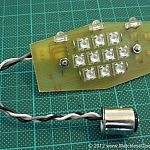 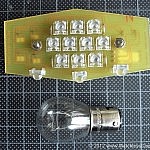 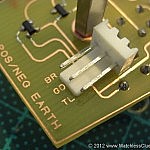 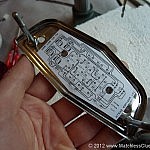 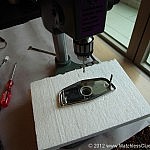 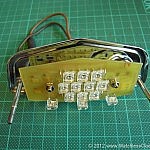 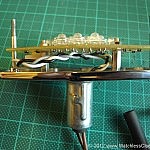 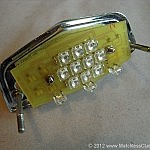 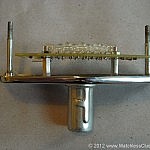