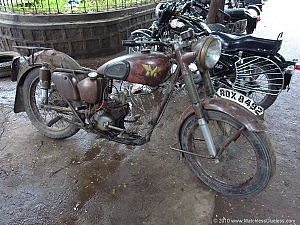 With the bike safely at the mechanics it was time for a bit of a closer look at exactly what problems I had landed myself with.  The first step was to remove the seat and get the engine out so that could be sent off for checking, polishing and honing.

So what nightmares would be install for me?  Well to be honest, not to many thankfully. I knew that the seat was fairly gone from having sat on the bike, but when it was removed it became obvious that the foam inside had absorbed water through some cuts in the outer fabric and had acted like a big sponge.  So the seat frame was pretty much corroded away, but with enough left to use as a pattern for making a new one.

Other than that there were no other nasty surprises and everything looked as original and untouched as I had initially hoped.  Phew!  The suspension front and rear seems good which was another big relief.  Anyway, here’s some photos of the bike with the engine and seat removed so you can see what you think for yourselves… 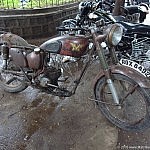 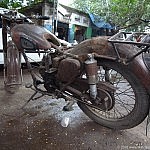 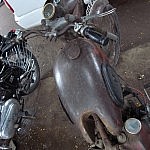 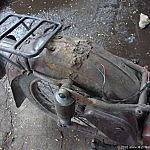 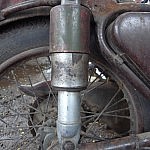 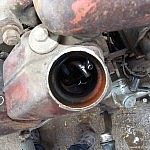